The Value Of Values 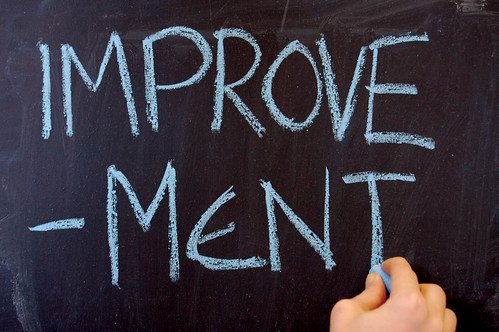 photo credit: thinkpublic
Editor’s Note: This post is by Tim Brownson of The Discomfort Zone.
I don’t do joint life coaching anymore. Actually that’s not entirely true, I do very occasionally do so after I’ve done the kind of client vetting that would have hardened CIA operatives purring with pride and admiration.
It wasn’t always like that. Until about 3 years ago I was happy to take on singles, couple or even triples if necessary, although the latter never actually happened. Then one day I made the tragic error of doing a joint value elicitation with a husband and wife.
A value elicitation is the process of working out what the core values of a person are. It is the single most important thing I do with clients because it not only allows me to understand what makes them tick, but for them to understand themselves a lot better too.
I’ve only once had a client come to me in almost 5 years knowing exactly what her core values were. Most people flap around in the dark and often feel stuck by knowing something is wrong in their life, but not knowing what it is.
It’s usually a conflict of values.
I’ve never had a client that already lived in alignment with her values and I suspect that’s because such people rarely pick up the phone to call a life coach. They’re generally too busy grinning and thinking, “Life doesn’t get much better than this”
Your values are determined over many years and are influenced by countless things including your family (or even lack of family), your friends, television, politicians, Church leaders, cultural influences, books you have read, incidents (both positive and negative) you’ve seen or been involved in, conversations you had and much more. That list explains more clearly why even close siblings or twins have many different values and character traits.
Our values tend not to shift too much when we get past our early twenties. We all have a tendency, as with beliefs, to look for information to cement the values we already posses and filter out information to the contrary. As Robert Anton Wilson says “The thinker thinks and the prover proves”
Having said that, things can change radically under certain circumstances. Suppose you’ve never had health as a main priority because you’ve always been fighting fit and then you suddenly find your have a serious illness. Health would suddenly finds its way to the top of your list very quickly indeed. Fortunately though, extremes like that are not the norm.
This particular husband and wife were from very different cultural backgrounds. She grew up in the Deep South in a devoutly Baptist household, whereas he came from a New England family with a much more laid back approach to religion and family values. To cut a very long story short, she had ‘Family’ down at number one on her list and he had it at number seven.
The three most important rules to understand with values are:

Needless to say, the lady concerned didn’t fully embrace those principles, which soon became apparent when she tried to pull her husbands hair out whilst slamming a knee into his unprotected crotch.
I slipped out quietly by a side door narrowly avoiding a poorly aimed vase as I went. I wondered to myself “Where did it all go wrong? “At what point did I fail to realize carnage was about to ensue?” and “Was that guy ever going to be in a position to be able to produce a family anyway now? Thus making the whole exercise a moot point.”
If you’re in a relationship, then your partner has different values to you.
It really is that clear-cut.
That’s not to suggest you don’t agree on many things and that some of your values don’t match, but they’ll be in a different order and some will be completely contrary to each other.
Have you ever argued about politics, which school to send the kids to, whether its right to give money to homeless people, the conflict in Iraq or the morality of life coaches that sometimes swear on their blogs? That will be because you have conflicting values because there is no other reason.
That doesn’t in any way mean you can’t be in a really strong and stable relationship, in fact often it can be just the opposite. Different values encourage compromise and deeper understanding, two of the things crucial to a successful relationship.
It’s the ultimate in arrogance to believe we have a handle on what is right and wrong and others need to understand that. Yet that is how every argument, fight, and even war starts out. Right and wrong is a man-made concept, it doesn’t even exist in nature except where we choose to impose it.
Resist the urge to inflict your values upon others, including loved ones. By doing so, not only are you likely to avoid arguments and conflicts, but be seen as a beacon of tolerance, understanding and love. And as beacons go, that’s one of the best.
Tim Brownson is an English certified life coach now living in Florida. He runs the blog The Discomfort Zone where he likes nothing better than to be told he’s wrong by his readers.